The old man carried a large bag over his shoulder and he was staggering under its weight. I had been watching him for several days and the bundle seems to have gotten bigger and bigger since I first saw him. The bursting bag was well-worn, furls of weaving strained at the seams.

I had just made a fresh pot of coffee and had two warm cinnamon rolls from the bakery across the street.  I put a thermos of coffee and the two rolls and some napkins, a tablecloth and a few packets of sugar into a bag and walked down from my flat into the street towards the man with a bag.  He had stopped in an alley to rest up from his heavy load and was sitting on a packing crate.

“Say", I said, “I hope you don’t mind but I have been watching you the past couple of days and wonder if you would like to join me for coffee and a roll?”

“Mighty nice of you, Miss, I could use the pep up to continue my walk.  It has been a long morning.” 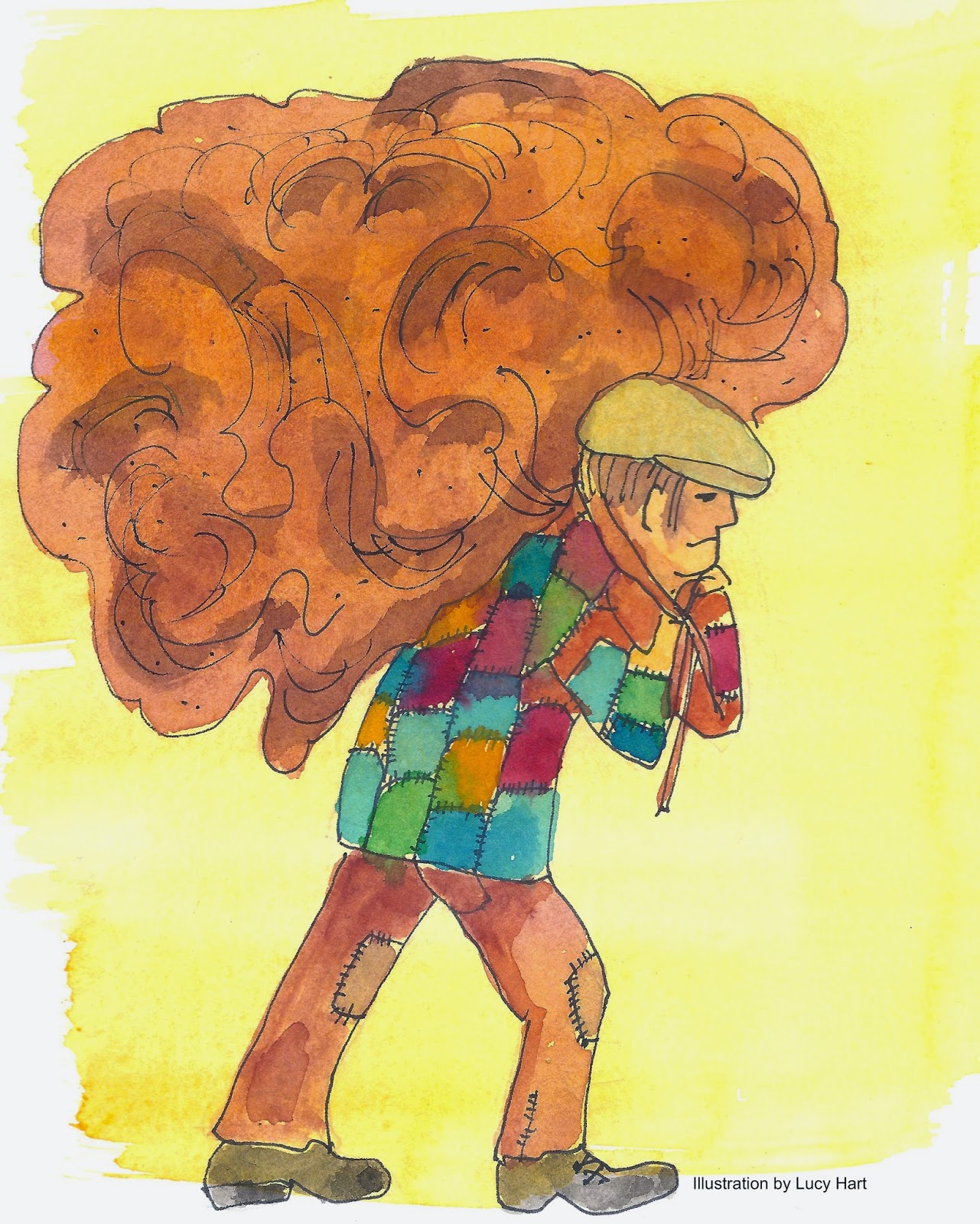 I laid out a tablecloth and poured two cups of steaming coffee, then placeed two tin plates with cinnamon rolls on them.  The vagabond seemed pleased.

I stirred the coffee and handed it to him.

“I am curious”, I said, “It isn’t polite to ask but I have been wondering what have you been carrying around in that huge bag.“

“Yes, and the load gets heaver and heavier. Because I just keep adding to them.”

"I had the opportunity a long time ago to act on them but I kept putting them off, saying someday…Now I am burdened with the weight of them."

"So all I have to say, Miss, is to act on your own dreams now or you will be burdened with them for the rest of your life."

We finished our coffee in silence.

“Well," he says getting up from his crate, throwing the hug bundle on his back,  “have to be on my way now.  I have a life time to walk.”

I watched him until he disappeared down the street.  I never saw him again.
Posted by Lucy Hart at 4:09 PM