Democracy is Alive and Well in District 36 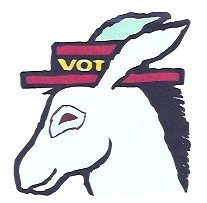 This weekend I attended my precinct caucus at Seattle Center’s Armory. It was held in the mezzanine, a large open space, which was jammed packed with mobs of people, the air sparking with energy. From my perspective they all looked like Millennial, perhaps voting for the first time, with a scattering of a few of us “old folks. There weren’t enough chairs to go around so people were standing or sitting on the floor with a look of expectant hope on all their faces.


It took a while to work my way through the maize of dozens of precincts to find mine. A young man offered me his seat, for which I was grateful.  A gentlemen sitting to my to my right said,  “I am 80 years old and I don’t look it”, but I wound never want to shatter his dream because in fact he looked a lot older.

The chattering quieted down as a volunteers read the instructions for the process and asked others to volunteer to be a group leader, secretary, vote counters and hands shot up in anticipation.  We filled out a form to select our choice for a candidate to run for President of the United States.

The discussion was open for people to plead their case in three minutes or less in support of either Hillary or Bernie. All the speakers were passionate, reasonable, and specific and not one negative thing was said about an opponent.  A speaker might have issue with a specific platform proposal but no words were bandied about a candidate’s spouse, previous romantic liaisons, questionable personal comment, and everyone was respectful.  They all emphatically agreed that whoever would receive the most votes  would have their vote, anything to derail the Republican candidates. 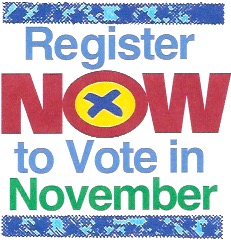 Speeches were closed and votes were tallied up - 87 for Bernie and 24 for Hillary.  Our precinct was allowed 6 delegates to the Congressional District Caucus in April. Then there are several steps to whittle down to delegates to be selected to attend the July Democratic National Convention in Philadelphia, the home of the adoption of the Declaration of Independence.  How apropos.  I have to say this morning long process convinced me that the younger generations are swell.  And all along I thought all they were intereted in are smart phones. I confess to being wrong.

What’s with all this tattooing? I used to think that the only people who got tattoos were drunken sailors on leave in Hong Kong, who got really unskilled tats and regretted waking up the next morning from out on a toot and were very sorry that they had done it.

I belong to an athletic club and I am truly shocked to see some women in the dressing room showing off some really awful tats.  One woman, who would otherwise be rather attractive, has complicated tats of 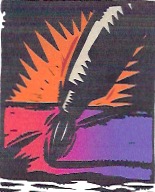 vines and leaves with little animals hidden among the greenery from the top of her arms down to her wrists. And that is it.


Mind you I can understand a woman wanting to get some discrete little graphic on a place where no one would see it except for her doctor and an intimate partner, but some of these woman show off tats that practically cover their body except from their heads and hands.  I somehow, thankfully, did not receive that gene in my DNA, which wants to get my body permanently painted.  And if, by chance I did get that gene I would pick out a really good artist to do the work, not some untrained “tattooist” who is just learning the trade, as so many of these people seem to have.

As a kid growing up the only woman who had tattoos was the one featured at the side show at a carnival.  It was a true oddity and people paid money to see her.  Now it is for free in any female locker room and sometimes in any restaurant on a hot day being served by a tattooed waitress with a tattoo of a huge eagle trying desperately to crawl out of her bra.

I wonder if it is some kind of masochistic reward to have an electric needle hammering away on my skin, shooting up colors.  Maybe it is the process rather than the result which people are after. The designs being the reward for agony, perhaps like the Mori people of New Zealand as part of a coming of age ceremony.  I do not think tattoos on North Americans are trendy cool or sexy.  I sort of rate the a kind of “in your face, look at me” kind of action.
Posted by Lucy Hart at 12:36 PM No comments: