Made My day, too.

I was at the Trader Joe’s on Queen Anne this afternoon and I was waiting for the elevator to go down with my cart of groceries to parking.  A gentleman also with a cart held open the elevator door for me gesturing that I should so in first. 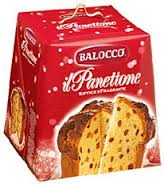 Once inside I noticed that besides groceries he had two large Christmas packages wrapped beautifully.  He said that they were Panettone from his country, saying it was hard to find.  I  know that Panettone is an Italian sweet bread and I said , “Where are you from?” thinking he would say some place in Italy and instead he said, “Peru” and I said, “No me diga” (which means “Don't tell me.”)  And I couldn’t help it so I started to sing the Peruvian national anthem.  I could have bowled him over as his expression was priceless and he joined me me in the second stanza.
We walked our carts to our cars and he started to sing a popular Peruvian song which I didn’t know and I started to sing a huayno.  He was stunned.

Of course the conversation came around to where I learned the anthem and told him in Peace Corps training we had to know the whole song before we left for Peru.
We chatted amiably through the parking garage and he had those wonderful manners of Latin Americans.  We shook hands and he said, “My family won’t believe me when I tell them that I met a woman in the elevator who sang the Peruvian national anthem! You have made my Christmas no, even my New Year’s. Thank you so much.”  He was still shaking his head in disbelief as he got into his car.
Posted by Lucy Hart at 4:48 PM