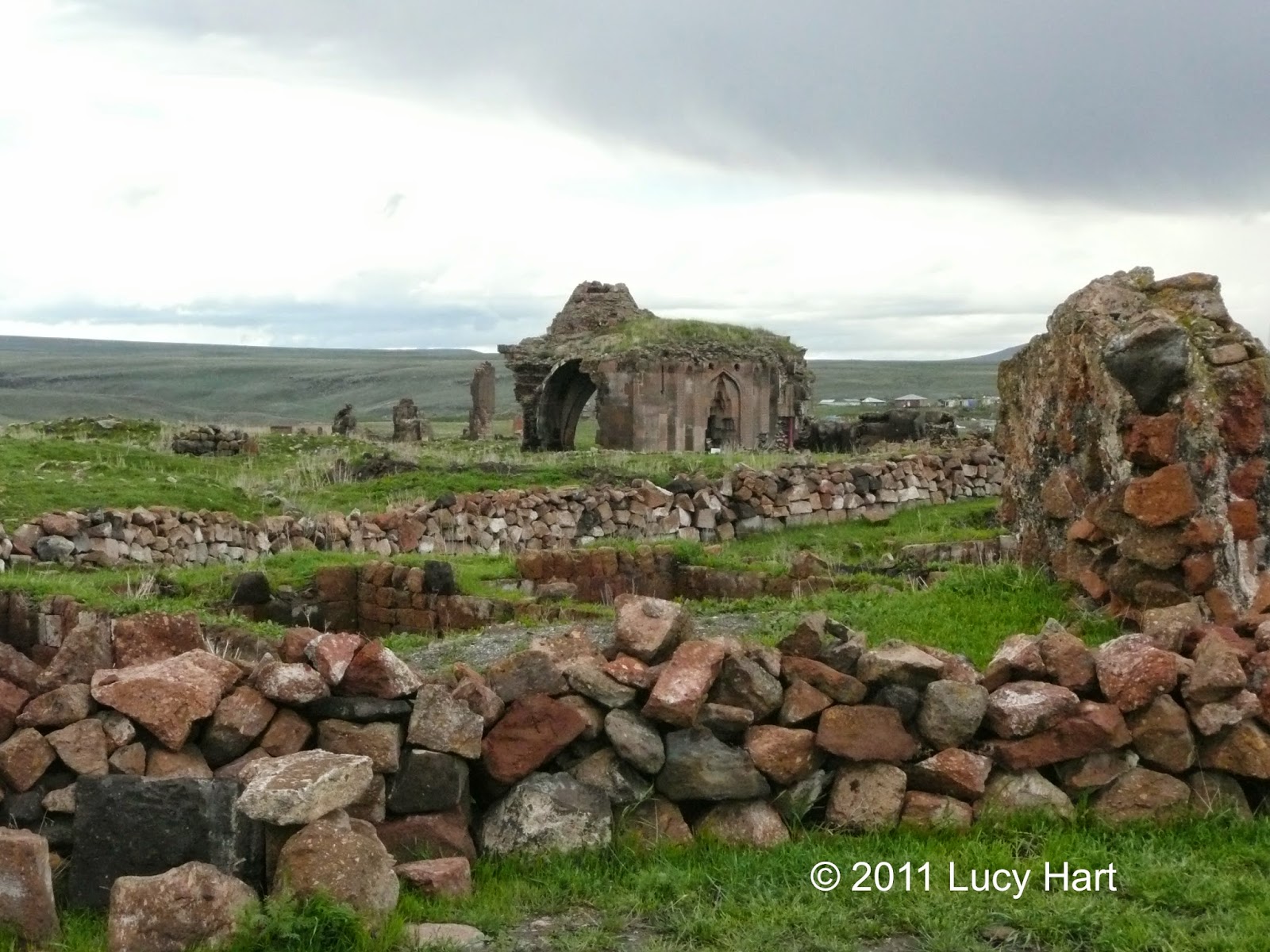 There are times when I am traveling I will see something so overwhelming and special that I want to stay there forever and take in all the seasons like the time I was in Eastern Turkey and we visited Ani an ancient Old Silk Road site near the Armenian boarder.
It was a dramatic day, an ominous sky gathering energy, wind and rain in great billowing clouds threatening to dump on us at any moment and there was virtually no shelter that I could see.  The Armenian boarder was so close that I could throw a rock into that country.  I could see a fence with guard towers on it watching I guess for any of us who might run and jump the fence but what would we find on the other side?
Strewn about were remnants of proto Gothic style churches probably of the 11th and 12th centuries.   In its heyday Ani was a community of mosques and caravanserais (inns for travelers carrying good on animals). The city had been conquered by waves of maunders including Byzantines, and Mongols.  It was abandoned in 1336 left to ruin by earthquakes and harsh weather. And here it was one of the most endangered historical sites in the world and I am here hearing the occasional jangle from wandering sheep. 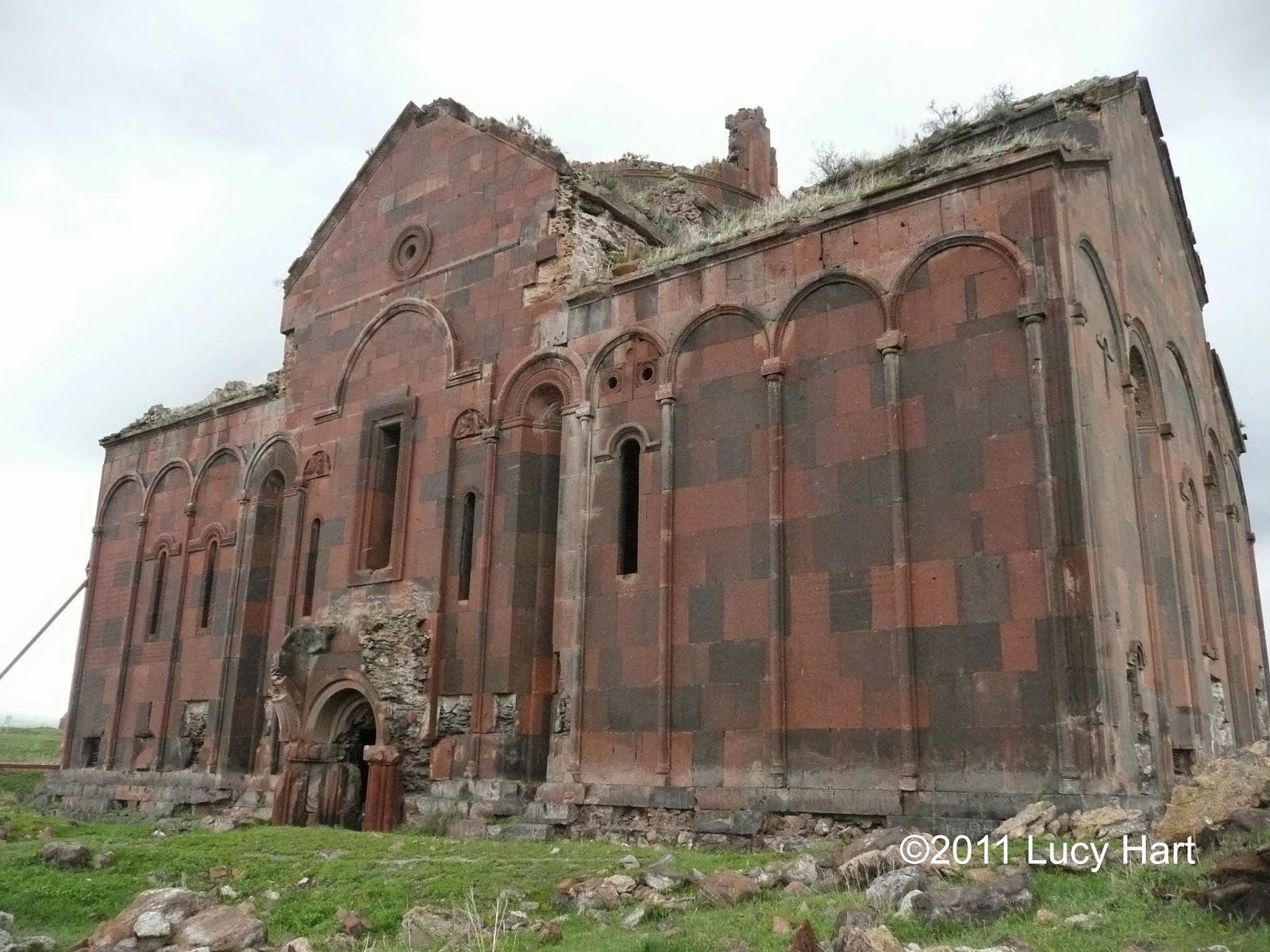 The wind was picking up and the clouds turned slate gray.  I hurried to the largest structure on the site, a Gothic cathedral, huge, out of scale with everything else. Built in the 10th century it is in crumbling stages of disintegration.  I am a Lilliputian in a land of giants.  My footstep echo in the high ceilings and a pigeon flutters out of a nesting spot.  I try to listen to hear the sounds of Gregorian chants absorbed by the thick stonewall.  No one is around.  And it is flat dead silence except for an occasional whistle of the wind circling around the apse in various stages of decay and collapse. The rains come, gentle at first, and then gather strength.  Clouds heavy with moisture careen into one another, exploding crashes of sound.  The churches darkened interior is lit from bolts of lightening and I cowered against a wall.  It was if all the angry Armenian sky gods were battling in a great clashes of swords against the Turks to take back their city.  I wonder if I am going to be just a statistic among centuries of wandering warriors.  What a place to go!