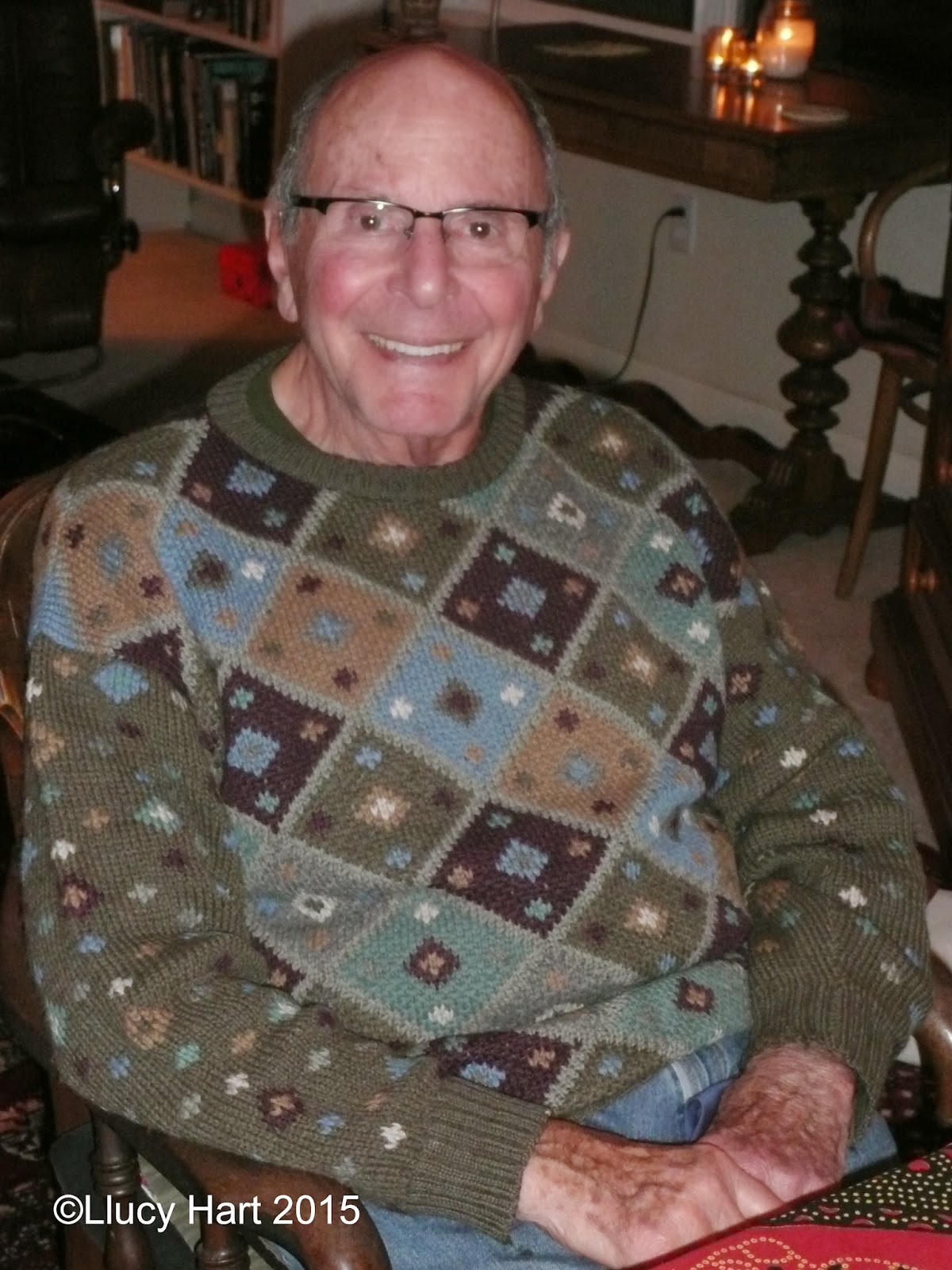 My nonagenarian friend, Stewart Stern, passed away over a week ago.  He was an incredibility talented screen writer (who wrote "Rebel Without a Cause", "Sybil", Rachel Rachel", "Teresa"), won an Emmy and several Academy Award nominations.   He also was a devoted teacher who inspired so many students during this teaching career.  I was fortunate to have taken a screen writing class from him at The Film School and was in awe of his energy, spirited concern for each student and love for teaching.

Stewart was a WWII veteran who fought in the Battle of the Bulge, went missing in action, and suffered frostbite sending him to a hospital for months.  As a result he was wobbly on his feet and needed a cane. The Film School need a volunteer driver to drive him to class. I immediately signed up to become Stewart's assistant and "bodyguard" to make sure he would not miss a step or fall over.  I picked him up for class in my Smart car, drove him to school, stayed with him during his class to deliver him safely home. But on my watch Stewart fell over twice.  Once while a scene from "Rachel Rachel" was being shown he was sitting too far back on his lecture stool and he toppled over backwards.  Lights went on, students jumped up and I rushed over to him to look down at him to check him out as he immediately said,  "Keep rolling the clip!"  What a guy!

During our rides in my Smart car Stewart would sing Broadway show songs, regale me with absorbing tales from his days in Hollywood, and his great friendships with, among others,  Paul Newman, Joanne Woodward, Beatrice Lillie, Jimmy Dean and Marlon Brando.  He had exceptional story telling skills and I was constantly entertained by his great sense of fun yet often moved by his passion for people and animals. Stewart was also a tireless volunteer at the Woodland Park Zoo with over 5,000 hours.

I adored Stewart and I have a thousand memories of my times spent with him.  I treasure our friendship.

Rest in Peace Peter Pan.  We all loved you.