Really, the news on TV gets worse and worse these days except for PBS.  What are they teaching in journalism schools these days?  Apparently not the who, what, why, where and when.  TV news seems to just be "it".  And what is this fascination with car wrecks?  The TV people seem desperate for visual footage of just about anything. 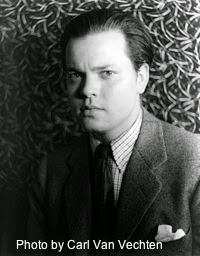 When they don't have a story they make it up.  Take recently the reports of a massave earthquake (which mind you hasn't happened), taking place on the west coast.  "This will be the BIG ONE", the news reader says. "A megaquake along the West Coast is long overdue according to some scientists who believe a high magnitude Oregon or Calilfornia earthquake may be in the making." And it’s predicted an offshore high magnitude California earthquake could trigger a tsunami that would give residents little warning and create $70 billion in devastation.

That is right up there with Orson Wells' 1938 radio broadcast of "War of the Worlds" a dramatic presentation of a Martian invasion of earth.  Many people thought it was real.  The newspapers played up the event with hugh headlines reading "Fake Radio War Stirs Terror Through the US", hoping to discredit radio news and supporting newspapers as the only reliable new source.  Sort of like the pot calling the kettle black.