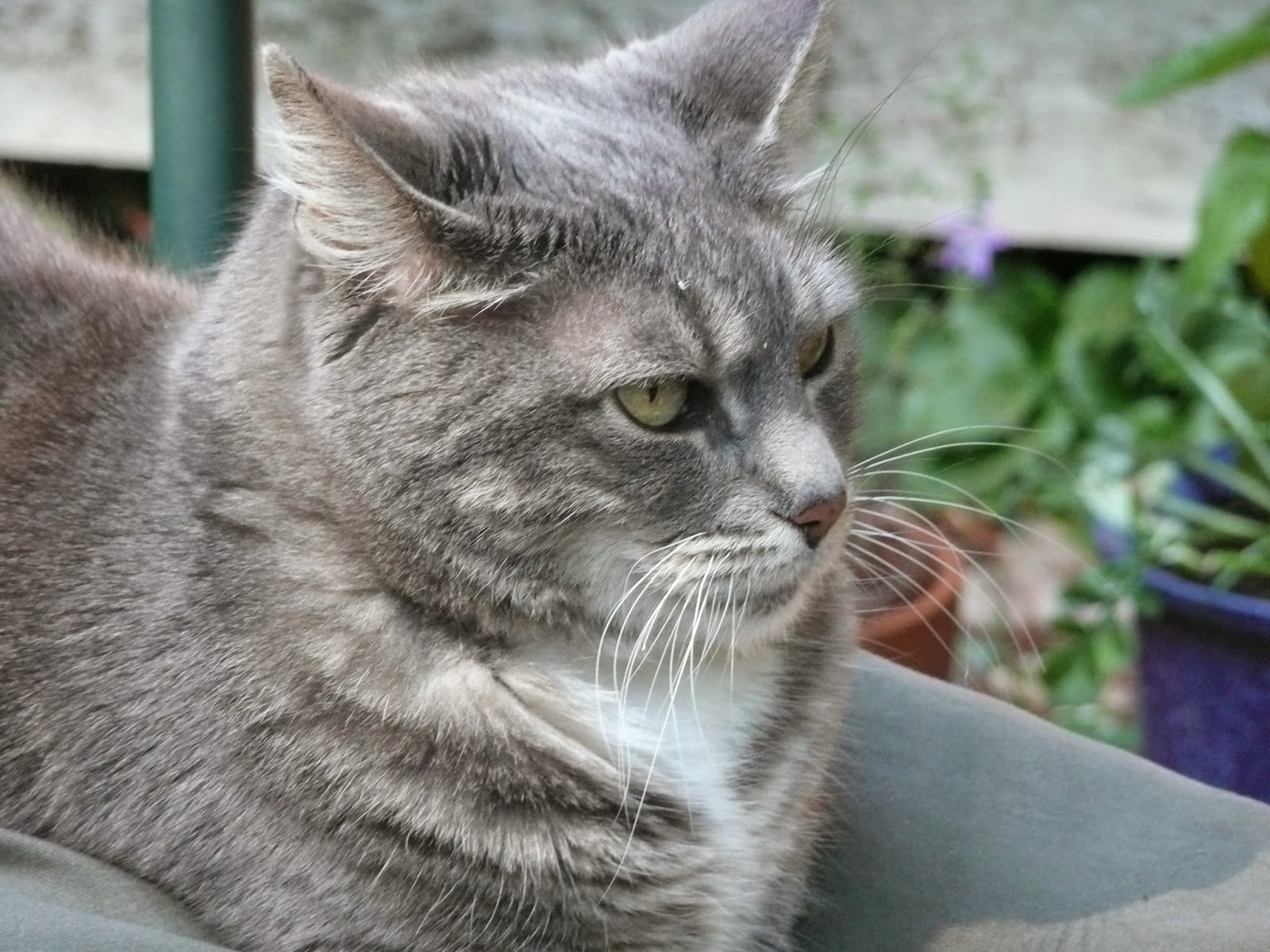 The thing about cats is that they suffer from major character flaws for which they are completely unaware. One, they completely lack a sense of humor.  When they unwittingly do something hilarious they pretend it never happened. While we are doubled over with gales of laugher they pretend like they don’t know what is so funny.

And talk about beauty queens they are so haughty, continually posturing like some trained ballerinas subtly look over their shoulders to see if others appreciate their grace and beauty.  Their narcissism makes them in capable of understanding others plights.  They have no loyalty other than to people who feed them.

And they hate, hate, hate to be taken to a vet for a check up and will shriek like they are being eviscerated and love to keep up the racket especially in the waiting room to embarrass their owners.  Then they like to drive their owners nuts by scratching and meowing to be let out the front door, and when the door is opened they stand back and just look out not wanting to cross over the threshold.  I have been known to “encourage “ my cat out the front door with a strong nudge to the butt.  Once the door is closed they stand out on the porch scratching to be let in.  They also time taking their baths just as the owner is trying to go to sleep.  They will snuggle into the owners chest and then begin to bath themselves with prolonged licking and licking until the owner jumps out of bed and throws the cat out the window onto the roof where it has to wait until dawn to be let in.

Cats have a radar and the moment someone who steps into the house who is allergic, the cats will run over to them demanding that they be petted.  Cats demand frequent pats and hardly ever return to the favor to its owner.

And cats hate change.  Everything has to have its place and if anything is the least bit out of place they go nuts thinking it is a personal affront to them.
Posted by Lucy Hart at 10:05 AM

Email ThisBlogThis!Share to TwitterShare to FacebookShare to Pinterest
Labels: cats